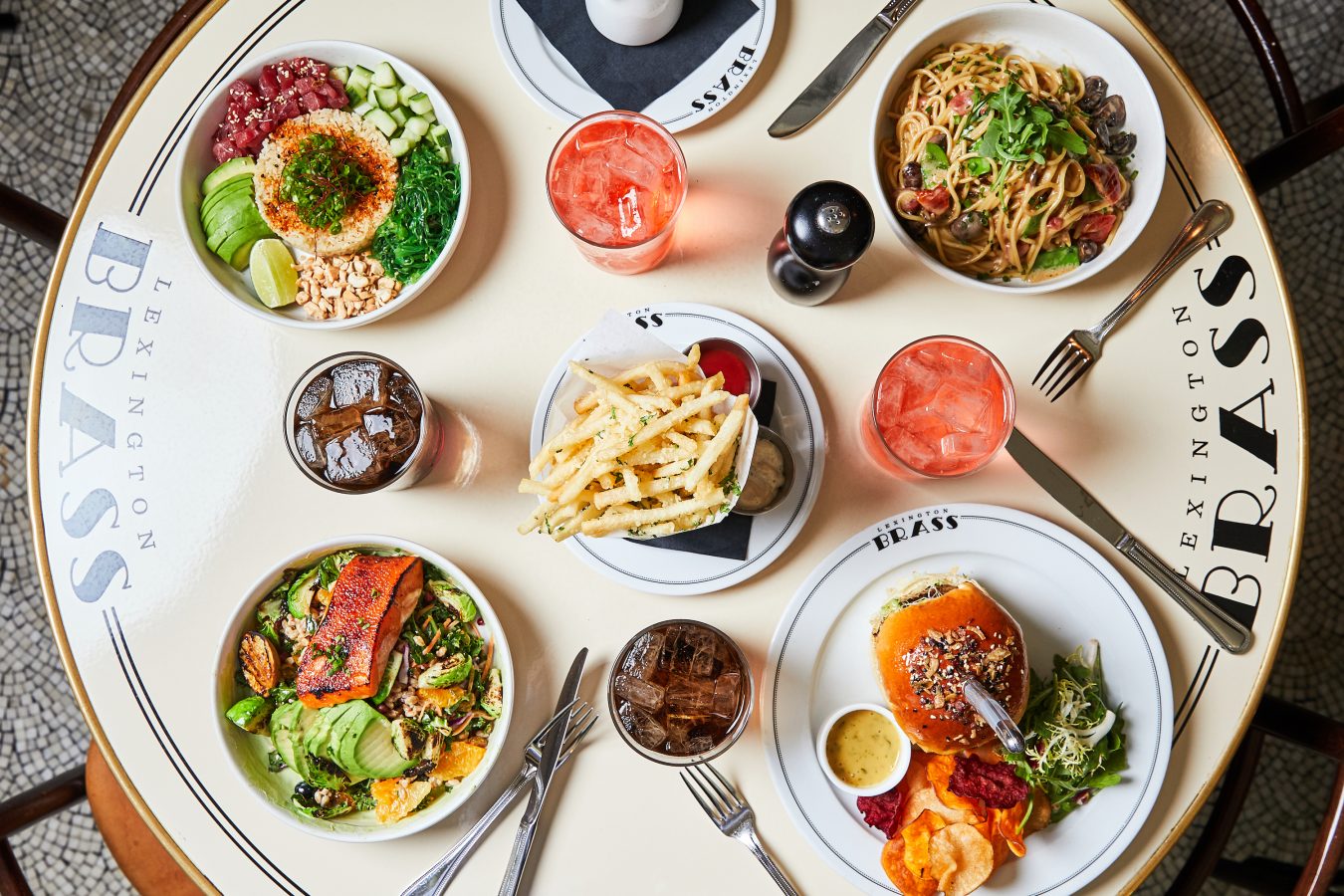 Every city has its culinary specialties. Boston has chowder, Miami has the cubano, Baltimore has the crab cake. But this is New York, so we have a lot of them. Here are 10 quintessential NYC foods.

Pretzels
While soft pretzels are common in cities around the country, vendors in Union Square and Times Square have been dishing them up for nearly a century, so they’ve got it mastered. For an artisanal rendition, check out Sigmund’s in the East Village, which is a craft beer bar with an all-night free pretzel happy hour.

How New Yorkers eat pretzels:
With a little mustard.

Pizza
New York is a pizza mecca with an endless lineup of places serving giant thin-crust pies, grandma slices, brick oven delights. House-made sauce, classic Italian recipes and a passionate community makes this city the place to eat pizza. Joe’s in Greenwich Village is one of the best, and La Bellezza Pizza, with its simple and greasy pies, is a can’t-fail option around the corner from Hotel 48LEX New York.

How New Yorkers eat pizza:
Sprinkle on some crushed red pepper and oregano beforehand, then fold the slide for easier eating.

Bagel and Lox
The fluffy and rich New York City bagel is a staple that can be attributed to a strong urban water system and a long history of Jewish immigration. Only a five-minute walk from Hotel 48LEX New York, Ess-a-Bagel serves up one of the city’s most celebrated lox sandwiches. Russ and Daughters on the Lower East Side is another deli institution, with a wide variety of novas and bagels.

How New Yorkers eat bagels and lox:
They make it deluxe, with sliced red onion, tomatoes, and chives for maximum flavor.

Hot Dogs
One could chalk up hot dogs to being a staple of every American city, but NYC has too many institutional proprietors to ignore. The Sabrett carts are a sight on countless street corners, Nathan’s in Coney Island is home to the annual 4th of July Hot Dog Eating Contest and the world’s most famous frank, and DBGB Kitchen and Bar on the Lower East Side serves up artisanal takes with house-made wieners and custom toppings.

How New Yorkers eat hot dogs:
Pile on the ketchup, mustard and relish for an unapologetically hearty bite that’s second nature to locals.

Pastrami on Rye
Another popular dish brought over from the masses of European Jewish immigrants in the late 19th and early 20th centuries, pastrami on rye is one of the city’s oldest, continuously popular sandwiches. Katz’s Deli on Houston Street is (deservedly) the city’s most famous Jewish deli and pastrami proprietor. An equally classic and satisfying bite closer to the hotel can be found at Eisenberg’s Sandwich Shop on Fifth Avenue.

How New Yorkers eat pastrami on rye:
With mustard on the sandwich, pickles on the side, and  matzo ball soup to bring the NYC Jewish deli experience full circle.

Ready to dig in to these quintessential NYC foods? Check out the special offers at Hotel 48LEX and plan your stay today.