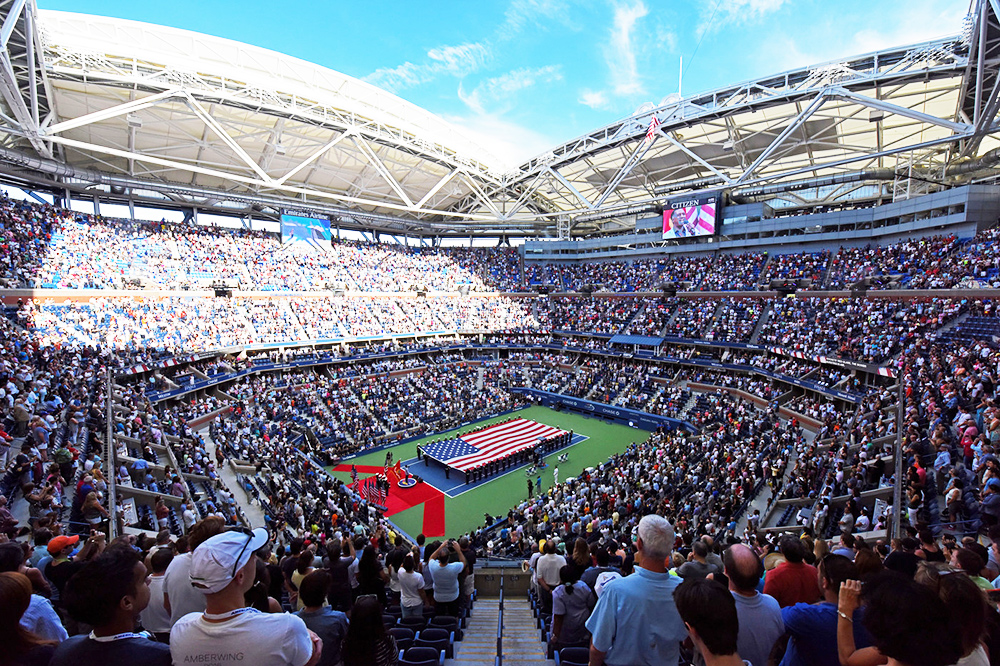 New York City is coming alive more and more every season, and this summer is shaping up to be more fun than it has been in years. With the return of some tried-and-true traditions, as well as a number of exciting performances and city events taking place, travelers have a lot to look forward to and choose from when making their plans. To help bring some context to that process, we created a guide to fun in New York City this summer.

When you’re in town, be sure to book your own piece of New York right here at Hotel 48LEX New York.

The nation’s biggest tennis tournament returns on August 29 to close out the summer. Watch the world’s best players compete under the open sky at the U.S. Open Tennis Championship at Arthur Ashe Stadium in Flushing Meadows, Queens.

New York City is home to the best entertainment in the world, and in the summer a number of events take place outdoors. Check out the music at the Central Park SummerStage, and mark your calendars for the Good Morning America Concert Series and TODAY Show Summer Concerts. Theater lovers can seek out productions by Shakespeare in the Park and Broadway in Bryant Park. There are also outdoor movie screenings all summer around town.

One of the best reasons to travel to New York City is for the food. Home to more fantastic, well-reviewed restaurants than any traveler can sample in a single trip, it’s a stimulating destination for foodies to say the least. NYC Restaurant Week helps maximize sampling while helping your wallet. From July 18th to August 21st this summer, you can save on especially prix-fixe menus at hundreds of restaurants based around the city. Also be sure to dine at Lexington Brass, located on the ground level of Hotel 48LEX, to enjoy fantastic New American cuisine during your stay.

Baseball is a staple of American tradition in the summer, and New York City is home to two of the Major League’s most historic franchises. Anytime you’re visiting this summer, you can head to the Bronx and watch the Yankees play at Yankee Stadium, and you can head to Queens to watch the Mets perform.

On Saturdays in August, huge sections of Park Avenue will shut down for the beloved Summer Streets gathering. This car-free event runs from the Brooklyn Bridge to Central Park and it promotes walking and biking while also hosting loads of public art installations, performances, and more. Come out and join hundreds of thousands attending this free event that’s another great example of NYC summer fun.